In today’s fractured media landscape of not just hundreds of television channels, but more than 1,000,000,000 Web sites worldwide, creating attention and interest is crucial. Even chatting a friend now involves choosing among multiple technology options, each of which has significant advantages and pitfalls, making the choices of messages and tools a dizzying exercise.

The use of one or more media platforms to “narrowcast” an intense message to a targeted public is a widely-accepted tactic for promotion. But what is the strategy behind the tactic? What message to which group? Who creates the content and how can it be leveraged? Is an advertising buy necessary?

We use a disciplined approach to the development of in-person experiences, media-focused programs and online presence(s) to achieve your goals with specific audiences.

There is no substitute for experience, especially in the forethought and follow-through of the fine details which stamp a program with the mark of quality. Our goal of “every detail handled every time” has been the standard by which these projects (among others) have succeeded:

Although created in the U.S., the Special Olympics World Summer Games had not been held on American soil since 1999 and was very modestly covered with less than a year to go.

Using an aggressive program of direct messaging, in-person meetings and online outreach, our media recruitment effort resulted in approval of a World Games-record 1,728 press, online, radio and television media, an amazing 194% of the prior record total from 2011.

A follow-up daily e-mail package of media advisories and high-lights maximized coverage of the 6,163 athletes from 164 nations.

The first-ever international, “world-championship” baseball tournament to feature Major League and other professional players was organized by Major League Baseball in 2006, with succeeding editions in 2009 and 2013.

Perelman, Pioneer was asked to create the media operations program for all three editions, offering full-service media facilities at all five U.S. sites in 2006, the six sites in the U.S., Canada and Mexico in 2009 and eight sites in the U.S., Japan and Taiwan for the 39 games played in 18 days in 2013.

Engaged to handle media relations by the new ownership group just 17 days prior to the Memorial Day 2009 race, a high-velocity effort raised the race’s profile through 20 news releases in 15 days and the creation of a comprehensive media guide in four days. Heavy outreach to local and running media created excellent pick-up as the race approached and coverage totaled 6.94 million impressions in print and 62.56 million on online sites, plus radio and television exposure. 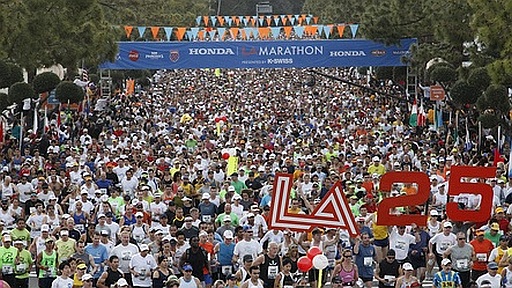 Our efforts in 2010 and 2011 were more expansive, but were limited to 80 and 88 days, respectively. With more lead time, but without advance planning, “winning stories” were identified from race entries that led to in-depth features on emerging Kenyan marathon star Wesley Korir in the Los Angeles Times that jump-started coverage locally and nationally (2010) and on former sumo wrestler Kelly Gneiting’s successful Guinness World Record attempt for the heaviest person ever to complete a marathon (and day-after appearance on NBC’s “The Tonight Show”) in 2011.

These expanded efforts in 2010-11 resulted in more than 8 million print impressions and 124-132 million online in each year. 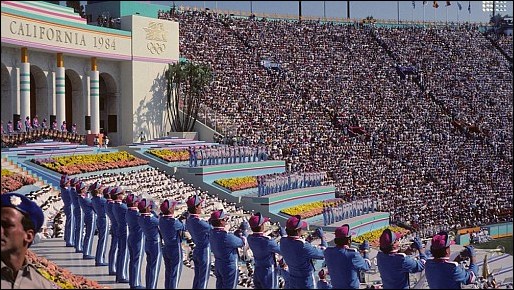 The scope of the $9.4 million effort (= $21.7 million in 2016) included a massive, 334,000 square foot Main Press Center, smaller satellite facilities at 36 competition and athlete’s village sites and the first-ever electronic-inquiry athlete database available for press use, offering user-retrievable biographies and statistics on 2,400 athletes.

Starting from scratch, a team of 25 full-time employees and 1,378 Games-period employees was recruited, trained and assigned for press operations support. The program was awarded the AIPS Trophy by the Association Internationale de la Presse Sportive for the finest media facilities of any event that year.